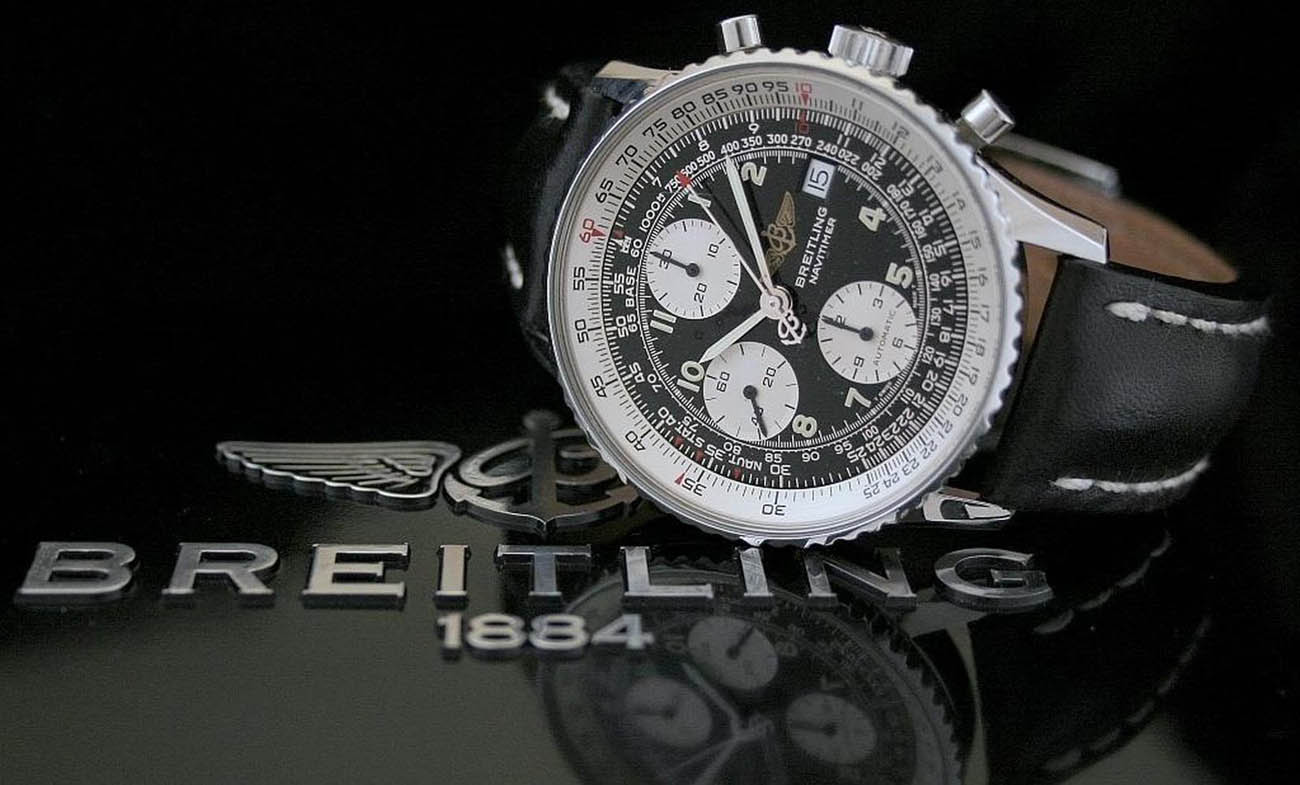 A specialist of technical watches, Breitling has played a crucial role in the development of the wrist chronograph and is a leader in this complication. The firm has shared all the finest moments in the conquest of the skies thanks to its sturdy, reliable and high-performance instruments. One of the world’s only major watch brands to equip all its models with chronometer-certified movements, the ultimate token of precision, Breitling is also one of the rare companies to produce its own mechanical chronograph movements, entirely developed and manufactured in its own workshops. This family business is also one of the last remaining independent Swiss watch brands.

THE INVENTOR OF THE MODERN CHRONOGRAPH

In 1915, Breitling heralded the emergence of the wrist chronograph by inventing the first independent chronograph pushpiece. In 1923, the firm perfected this system by separating the stop/start functions from that of resetting. This patented innovation thereby made it possible to add several successive times without returning the hands to zero – which proved extremely useful both for timing sports competitions and for calculating flight times. In 1934, Breitling set the final touch to the modern face of the chronograph by creating the second independent reset pushpiece – a decisive breakthrough that was soon adopted by the competition.

In 1969, the brand took on one of the greatest 20th century watchmaking challenges by presenting the first selfwinding chronograph movement. In 1984, Breitling heralded the rebirth of the mechanical chronograph by launching the famous Chronomat, which has since become its leading model.

In 2009, the firm’s engineers once again made their mark on the history of the chronograph by creating Breitling Caliber 01, a high-performance selfwinding movement entirely developed and produced in its own workshops. Since then, the brand has developed an entire range of Manufacture Breitling movements equipped with useful and innovative functions – such as dual timezone Caliber B04 and worldtime Caliber B05, both distinguished by their revolutionary user friendliness.

A leader in the field of mechanical chronographs, Breitling is also in the forefront of electronics in watchmaking. The brand has indeed established itself in the vanguard of innovation by creating the Emergency, the world’s first wristwatch equipped with an authentic integrated dual frequency personal locator beacon, as well as by developing its own multifunction electronic chronograph movement, specifically designed to meet the needs of aviators.